The Pase del Niño in Ecuador

If you’re in Ecuador in December, don’t miss the celebrations that culminate in the Pase del Niño Viajero, considered to be the largest and best Christmas pageants in all of Ecuador. Children form a large part in the festivities honoring the traveling Infant Jesus. 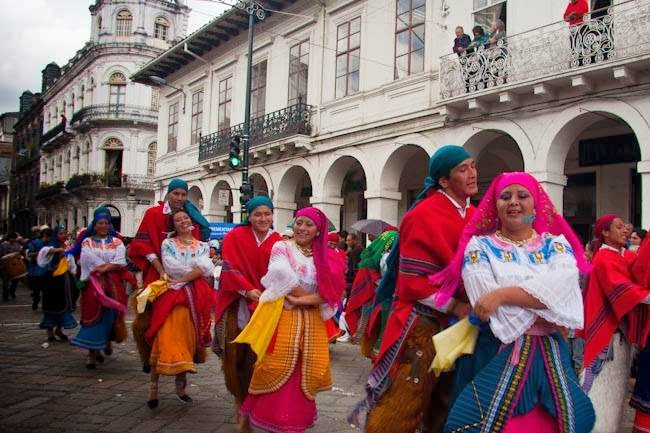 The origin of this religious festival is in the early 1960s when a statue of the Christ Child was taken to Rome to be blessed by the Pope. When the statue returned, someone in the watching crowd called out, “Ya llegó el Viajero!" and the statue became known as the Niño Viajero. 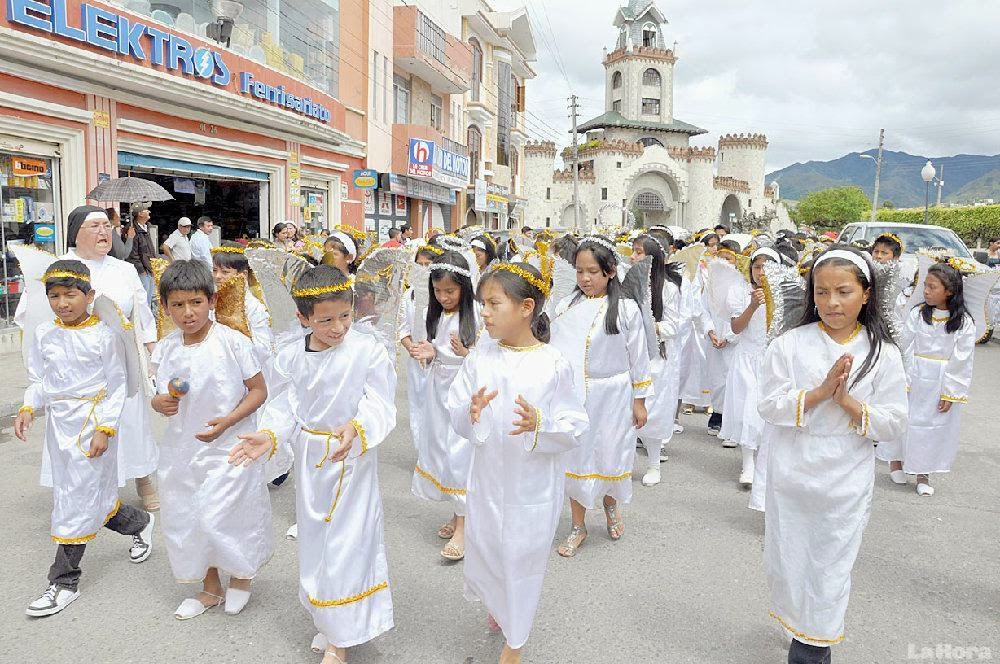 Today, Christmas festivities begin earlier in the month with Novenas, masses and events recalling the  of Mary and Joseph to Bethlehem. The highpoint of the celebrations is the festival of the traveling Infant Child, the Pase del Nino Viajero on December 24. It’s an all-day affair, with a parade that illustrates the journey of Joseph and Mary. Led by the guiding star, and accompanied by angels, the Three Kings, officials, shepherds and huge numbers of costumed children. The Niño is then taken to the cathedral for religious services honoring the birth of Christ. There are floats illustrating religious themes as well as the principal float carrying the Niño Viajero, borne by clerics. Along with the religious nature of the procession, there is also the native influence. Horses and llamas, carrying local products, chickens and sweets march together with musicians, creating a rich, colorful and musical display.

An Ecuadorian tradition, the New Year's Eve burning of the año viejo dummies

One of Latin America’s most colorful -- and bizarre -- traditions is the year-end burning of the dummies. When the clock ticks over to the New Year, an observer with a good vantage point will behold an otherworldly sight of thousands of burning dummies and a sky filled with smoke and fireworks. 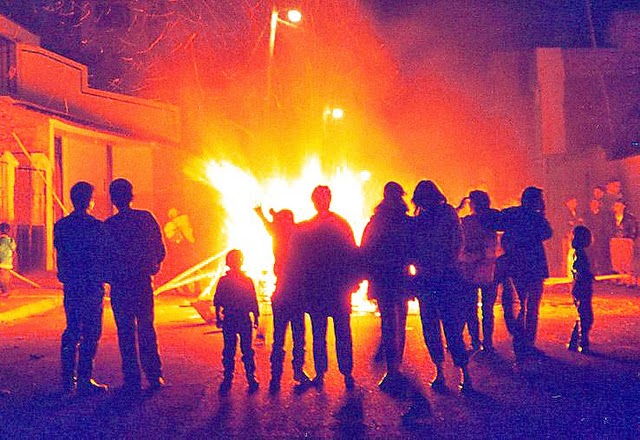 The dummies, called año viejos because they represent the old year, are made of cloth and filled either with sawdust, ground cardboard, straw, or leaves. Others are made of paper maché. Dummy faces are masks representing everyone from presidents and city councilmen to wayward family members. Most of the masks are paper maché and hand-made, although some are manufactured plastic. The dummies' stuffing often contains firecrackers and, occasionally, Chinese rockets, which are set off during the immolations. These sacrificial offerings do not go gently into that good night. 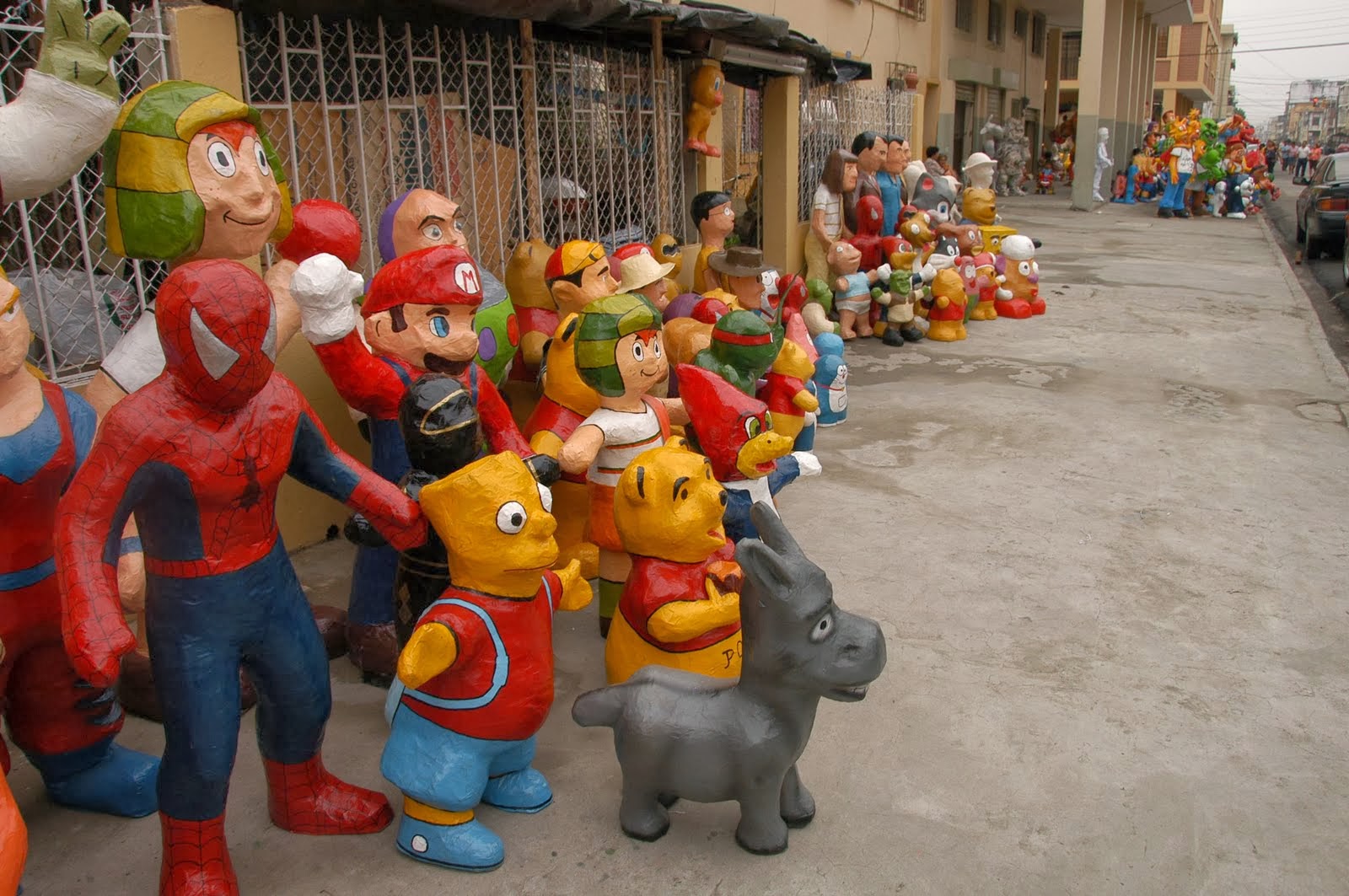 The meaning of the event seems simple enough: out with the old and, we can assume, in with the new. It's the symbolic catharsis and purification. For good measure, many celebrants jump over the burning or smoldering dummies three times at midnight.
Although politicians are popular dummies and Presidents Rafael Correa and Barak Obama will burn hundreds of times during the night, some are of friends and family members of the cremators. Many burnings aren't simply acts of "good-riddance," but are conducted with hopes of cleansing bad habits. One dummy seated on the doorstep of a street wears the sign: “Please don’t burn me. I promise to get a job next year.” 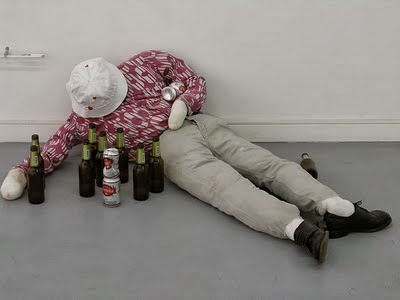 According to Ecuadorian writer Juana Córdova Pozo, "This tradition is a powerful feature of our culture. For us, it is an important act of renewal. It helps us to partly erase the past, both the good and bad. We are leaving things behind that must be left behind.”
She adds: "For many, the fire is a symbolic element that has the ability to scare off evil –- which we literally see vanishing in the smoke.”